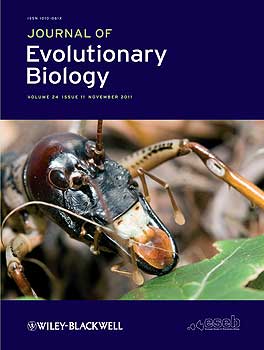 Tree wētā are a sexually dimorphic, endemic genus (Hemideina spp., Orthoptera) in New Zealand with seven species currently recognised. Living in habitats ranging from lowland forests to urban gardens to alpine rock tors, wētā have survived the introduction of mammalian predators in New Zealand and exhibit many interesting behaviours. I have investigated nutrient intake in males and females (Wehi et al. 2013a) and whether males are more susceptible to predation, resulting in skewed sex ratios (e.g. Wehi et al. 2011).

In this video made by Massey University I talk more about wētā and their mating systems. 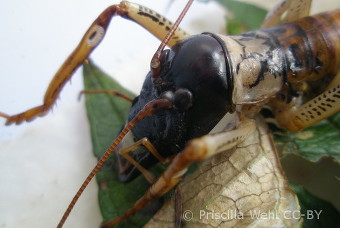 Find out more about wētā in this article; why males fight, who eats them, and why we need ‘back-up populations’ to save species. “Absurd Creature of the Week: This Bug Is Big as a Gerbil. Fortunately It Loves Carrots“.

I’ve also worked on their diet (Wehi and Hicks 2010) and movement patterns in forest remnants (Wehi et al. 2013b, Brown et al. 2018). Although tree wētā are fairly commonplace, remarkably little is known about their ecology. I continue to work on sexual dimorphism and foraging in this genus. I am also currently working on the ecology of Hemideina maori, a species that lives mostly, but not exclusively, in the mountainous rock tors of South Island, and survives the winter under snow. The Hellaby Trust has supported some of this work.

Wētā move between cavities in forest trees during the summer (Wehi et al. 2013b), and appear to favour cavities that are not exposed to artificial lighting at night (Wehi et al. 2015) when they are active. Male wētā are able to distinguish females by cuticular scent alone, but are poor at identifying species-specific females (Wehi et al. 2017) as has been shown in some other crickets. As species distributions shift with climate change, this lack of species recognition leads to a risk of species hybridisation where tree weta species co-exist. 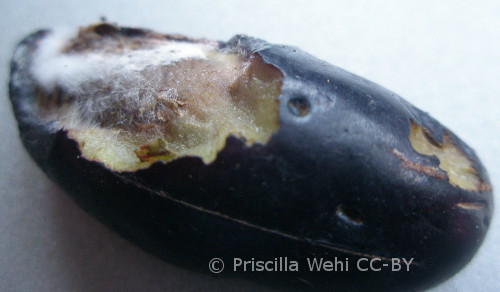 Adult males have large jaws that are used as weaponry to fight other males can be found with harems of females, with whom they mate. Although we suspected that adult males might be more visible to predators such as owls or rats because of their behaviour, we found no difference in male and female numbers in a meta-analysis of sex ratio at different locations (Wehi et al. 2011). However, such large jaws in males may lead to differences in foraging patterns (Brown et al. 2018).

Tree wētā are frequently used as a monitoring species in ecological restoration, but their susceptibility to baits that are targeted at killing mammalian predators such as rats is largely unknown. We have begun exploring this susceptibility by analysing bait feeding preferences (Morgan et al. 2017) and behaviour change (Parli et al. 2020).